After Saturday’s sight seeing, as per instructions of Rafique(owner of a Pizza restaurant in Blanche) we got down at La Chapelle station(M-2 Line). After coming out of the station, we witnessed many Asian people walking around and having a curious glance at us. Some were roaming around casually in lungies and sarees. 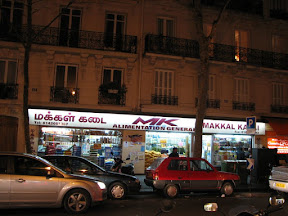 Our business was to find a grocery store. Immediately, after crossing the road in front of the station we came across a store by name G&Co Supermache and below the name it was written ‘Epicerie Indienne, Ile Maurice, Sri Lakaise’. Proceeding further we saw many similar stores and some name plates were written in Tamil. Also there was a saree shop by name Chennai Silks! 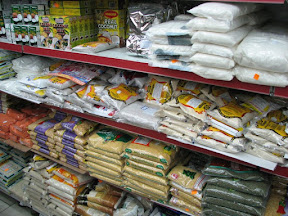 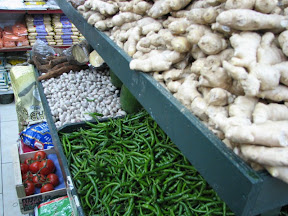 Randomly, we got into one of the grocery stores and were really amazed to witness comprehensiveness of the store. In the store anything and everything Indian grocery item was available i.e. stuffs such as rice, dal, tamarind, pickles etc.

It was more amusing to see stuffs such as Maggi noodles, chickies(groundnut sweet), colgate toothpaste, and Medimix soap for sale!!! 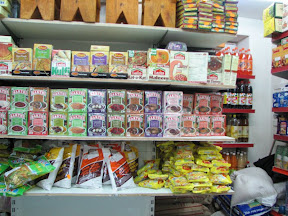 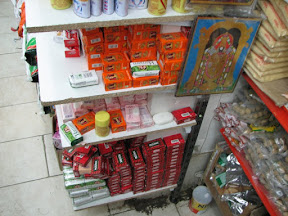 Seeing our excitement one of the shopkeeper(a old-man) had a chat with us. He asked many usual questions such as where are you from? Why are you here ?. With usual response, in addition I enquired him that "is there any south Indian restaurant here ?". While responding he made a weird face and said “Everyone is a Sri lankan here, no north India, no south India. However you can find a Pondicherry restaurant in next cross”. Well, he was really pissed off by my words and anyways it was not our fault. Then, after buying the stuffs we thanked him and proceeded to the Pondicherry restaurant. 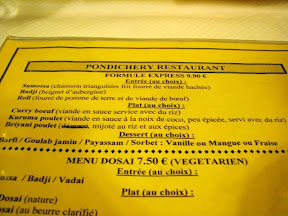 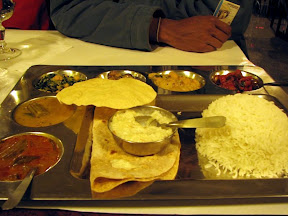 In the restaurant, we were welcomed with greetings in Tamil. Since I don’t know Tamil, I just reciprocated by giving a nice smile. The menu of the restaurant was completely in French(I mean the language). The items were expensive after multiplying by 60. Since we were having proper fresh Indian food after a week we just ignored the price. I had veg thali(7.5 Euro) and Rohith had biriyani.

After the dinner we decided to return to our respective hotels. For one hour we had forgotten that we were in Paris ! since the feeling of the place was as good as that of any Indian city. So in Paris, La Chapelle is a must visit for every Indian for obvious reasons.
at Saturday, March 08, 2008