Amazing series win Down Under

Team India led by MS Dhoni have beaten ODI world champions Australia in their own den by defeating them back to back in two finals of Commonwealth Bank Series. This victory will be cherished for a long time by Indian cricket fans. Incidentally it is first Indian victory in last 6 years in a ODI series involving after three or more teams ! The last one was Natwest Series victory against England in 2002. 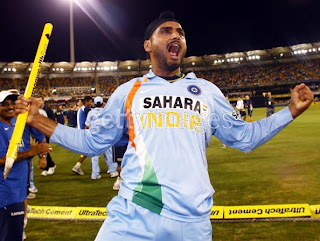