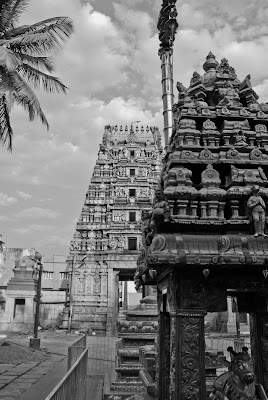 Halasuru/Ulsoor is one of oldest localities which was established by Britishers for migrants from Tamil Nadu who used to support the cantonment in 1800s. Jackfruits (Halasina Hannu in Kannada) were integral part of everyday life hence the name Halasuru which was later anglicized to Ulsoor. 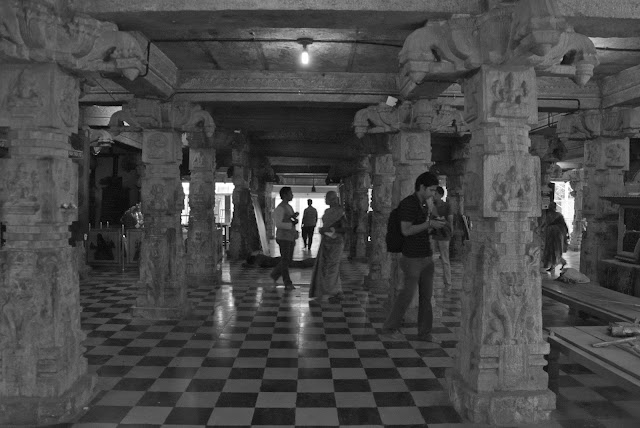 On 17th March 2012, as part of Bangalore Photowalk we organized a location based photowalk at Ulsoor and the meeting point was the famous Someshwara Temple. The temple which is one of the oldes in Bangalore was constructed in 1200 A.D. by Cholas. Later, in 1500s it was extended with a Gopuram in Vijayanagara style by Kempegowda I and II. The temple has two dwaja stambhas and the outer walls of the main temple have detailed carvings of Nava Nathas and Girija Kalyana. 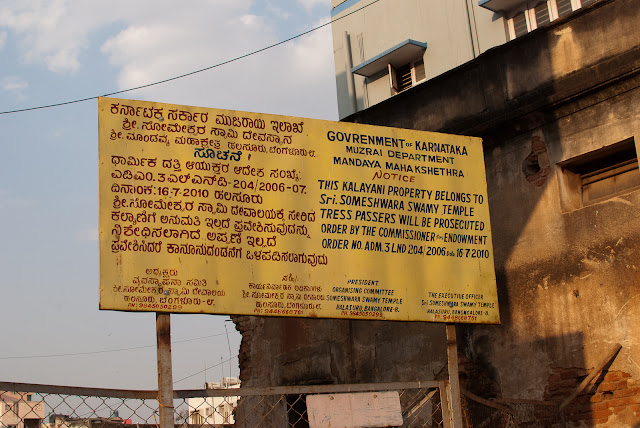 Next to main entrance of the temple there's a Kalyani which was recently excavated by authorities as part of restoration work. It's believed that due outbreak of plague in 1898 Britishers had closed to the Kalyani to check the spread of epidemics.

Inside the temple preparations for upcoming Halasuru Pallaki Utsava were happening in full swing. For this festival a car decorated with jasmine buds worth 5 lakhs is taken around the locality. 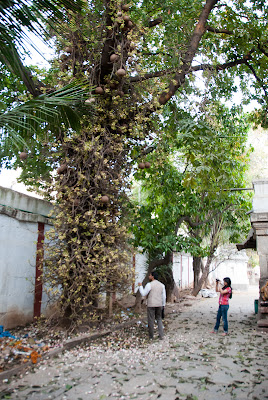 Inside the temple apart from the architecture one will be awestrucked by two tall cannon ball trees (Linga Pushpa in Kannada) and the sweet fragrance of its flowers.