A trip to Lepakshi 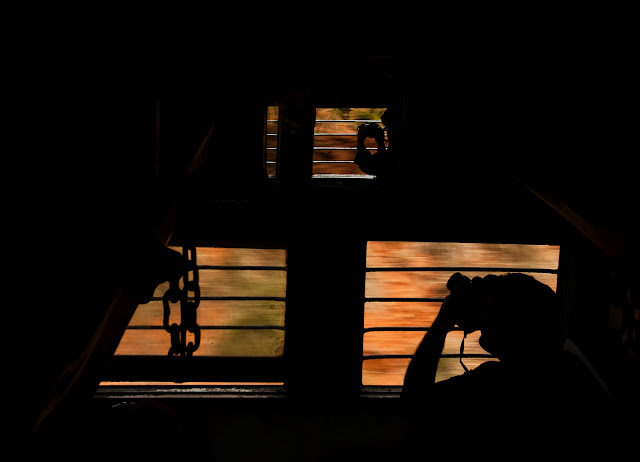 From Bangalore photowalk group we organized a day outing to Lepakshi a place which is just beyond Karnataka's border in Andhra Pradesh. Unlike normal mode of transport i.e. through car pooling/hired-bus we decided to do the trip differently for creating more photo opportunities on-the-move.
We took the Yeswantpur-Vijaywada Passenger train to Hindupur which departs from Yeswanthpur Station at 8 am. The train was supposed take us our destination by 10:30 am but due routine delays (passing signals) we managed reach Hindupur by 11:30 am. After reaching Hindupur we moved on to Lepakshi Veerabhadra temple by taking autos. (Lepakshi is around 15kms from Hindupur) 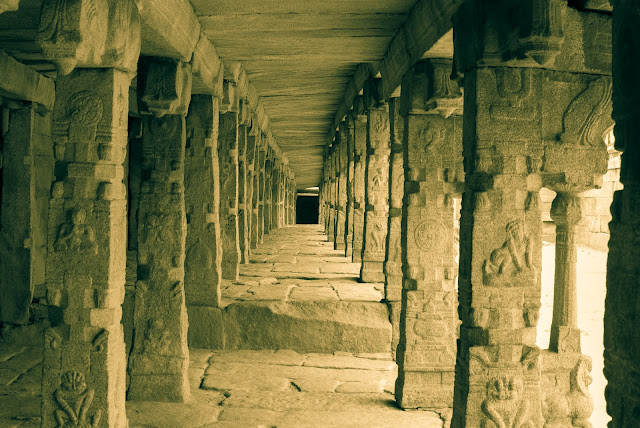 Built by the brothers Viranna and Virupanna, Veerabhadra temple is a notable example of the Vijayanagar architectural style. It's famous for its sculptures, which were created by the artisans of Vijayanagara empire. Those who have already been to Hampi are bound to have deja-vu moments for obvious reasons. 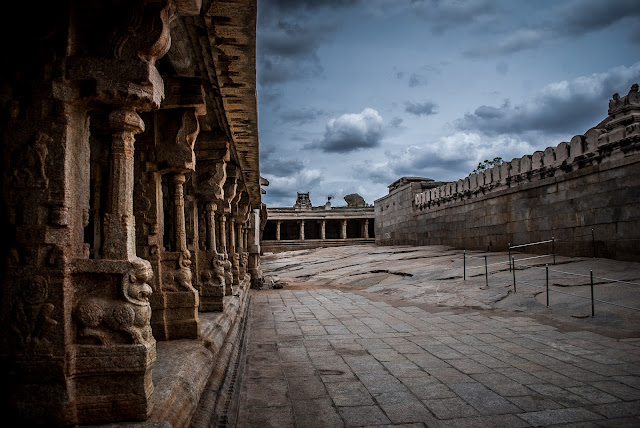 The temple is not built as per any proper architecture. From the entrance there's no symmetrical structure leading to garbhagudi. Some of the structures are incomplete and a few look to be experimental. The construction was abruptly stopped when the brothers were accussed of wasting money on the temple. 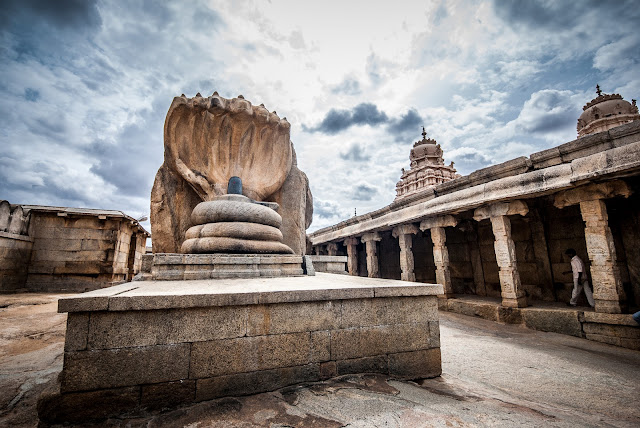 Five headed serpent's strucuture which is one major attraction in the temple is believed to be made by artisans just to kill time :) 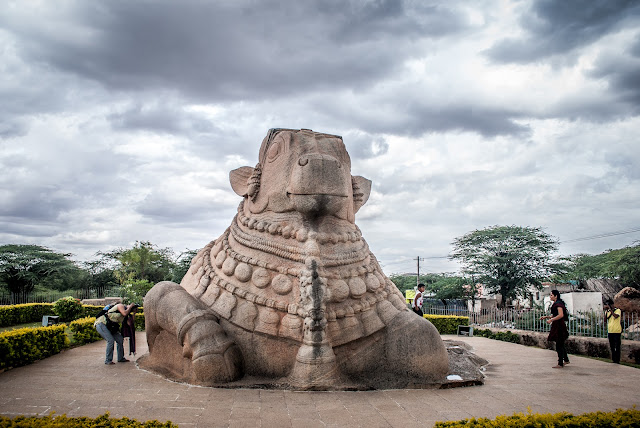 A huge Nandi bull made out of a single granite stone is one of the attractions in Lepakshi is a kilometer away from the main temple. It's tallest Nandi statue in India and of course tallest in the world.


After photowalking around and exploring the temple we moved back to Hindupur by local bus and traveled back to Bangalore by private bus as APSRTC/KSRTC buses were completely packed. Apart from the occasional loud telgu songs played by the bus driver we didn't face any other issues while returning. Finally, we were back in Bangalore by 8:45 pm concluding our fruitful day out of Bangalore.
at Sunday, July 22, 2012