Is there a second chance in life ?

In life there will be one phase in which we feel on the top of the world (Aaj me upar, aasaman neeche, aaj me aage, zamana he peeche … a song from movie Khamoshi ). Suddenly some unexpected event happens and we feel crestfallen, frustrated and as a result there is depreciation in ‘self esteem’. So in that situation can we think that will there be a second chance in life? If sport mirrors everyday life, then there are many role models for us such as Andre Agassi, Saurav Ganguly etc proving that there is definitely a second chance in life. 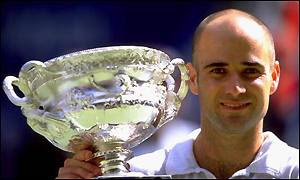 He has taught everyone (not explicitly of course) that there are second chances in life. In 1996 he was at his peak and was rival to then World No.1 Pete Sampras. Then, the problems in his personal life (break up with Brooke Shields) had a major affect on his career and his raking went below 100.

But he didn’t give up. He hired Tony Robbins, world’s No. 1 NLP expert as a personal trainer and made a comeback in 1999 by winning French Open. In fact, he recaptured World No.1 ranking, and become the oldest No. 1 ranked male player ever at 33 years. Last year he retired with eight Grand Slam single titles, five of which came after the age of 29! He is in the elite company of Don Budge, Roy Emerson, Rod Laver, and Fred Perry, players who won the men's singles title of the four Grand Slams (even Roger Federer has not achieved it so far). 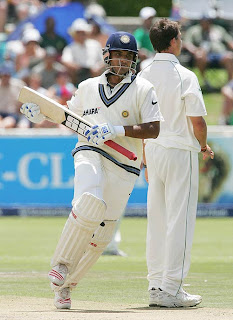 He made his debut for India in 1992. After that he wasn’t selected for Indian team for more than 4 years. He got his second chance in 1996 and utilized it to the fullest by scoring consequetive centuries in tests against England. Later he became one of the successful captains of India. In 2005 he had ‘tu tu main main’ with coach Greg Chappell, who criticised him by saying, he is not even eligible to be a player for Team India in his famous e-mail. As a result Saurav was dropped from Indian team. Many cricket experts advised him to take retirement but he disagreed by saying there is still cricket left in him. After all if and buts in Dec 2006 he got his 3rd chance, thanks to poor form of Indian cricket team, troubled with injuries. He did utilize this opportunity by scoring crucial knocks in test series with batting average of 42.50. What next will he be in Indian Team for the coming World Cup? Only time can tell. So, Saurav has proved that in life there can even be third chance as well!!!


If we move towards the field of entertainment then there is no better example than Amitabh Bachchan. 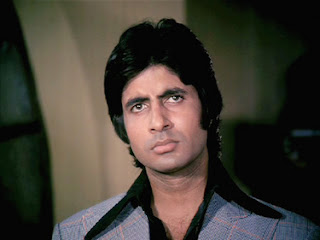 He was the icon of bollywood in 1970s and ruled the industry for a decade with hits like Deewar, Sholay, Trishul and Don. In late 80s and early 90s he became less successful by doing films like Toofan, Jaadugar, Aaj Ka Arjun and Ajooba. He took a break from acting and started his own production company ABCL. Apart from producing films the company conducted ‘Miss World’ Pagent at Bangalore in 1996. “The event was successful, but when we looked at accounts we were at loss” as said by him in an interview to Vir Shangvi. Later, Amitabh went virtually bankrupt when ABCL made more losses because of box-office disaster of Mrityudaata, in which he tried to make a comeback as an actor. The situation was so bad that Doordarshan decided not to telecast his films as he had 15 crores due with Prasar Bharthi. 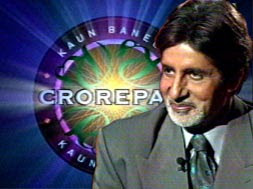 In 2000, he came to limelight again by hosting popular game show Kaun Banega Crorepati (in small screen). The game show was a hit and in fact had a TRP rating of 14 (while most other shows on cable were struggling in the single digits). This gave Amitabh an opportunity to reinvent himself on silverscreen. Two of his films Mohabbatein and K3G that followed KBC were box office hits and he regained his old fame. Since then he has appeared in many films, sometimes in unconventional or supporting roles. Some of such roles are ‘teacher of deaf-blind young woman’ in Black, ‘asthmatic angry old policeman’ in Khakee and ‘sexy Sam’ in KANK. At the age of 64, he is making many scriptwriters to create roles for him. So Amitabh can be convincingly called ‘Ageless Superstar’.

I have taken three personalities as example, as many people can relate to their life. There are many such roles models not only in sports and entertainent but also in other fields such as politics, business etc. I will be updating this post in case I find something interesting. If you find any other personality who has proved that there is a 'second chance in life' please let me know. Feel free to post comments.