It’s time to log off from Korea, the business visit of 3 months came to premature end. When I look back, it was nice to stay in Korea for more than 80 days. When some people esp IFX guys from Linz used to ask “how long you are staying”. Our reply ‘3 months’, used to surprise them. One of the major reason the stay in Gumi City was comfortable because the facility at Indian Guest House was amazing, not even for a single moment we felt that we are staying away from home. It was indeed home away from home, thanks to hospitality of Samonim(Madam) and also Keshab’s food. 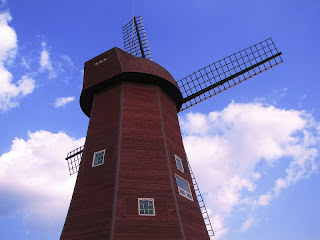 Everything was going on fine; as per plan we were supposed travel back to India on June 17th. Suddenly on friday we got a phone call from Sean that “today is your last day in office”. It all happened because what was marketed and what was delivered were completely different. The Korean(Samsung) way of doing ‘dandha’ has put all our efforts in vain. Basically Samsung has 2-3 teams working on the same objective, and in turn each team will have 2-3 vendors for third party software. So there will be competition in many levels. In intermediate stage some one has to be victim sudden death situation. This time we were at the receiving end.

We got indication that this kind of thing may happen. The Samsung people were not talking to us properly from 2-3 days. On Tuesday we had one shock already as ten people of NXP staying at Indian Guest House were leaving suddenly as their project with LG LCD was scrapped overnight. We were had kept our fingers crossed worrying about fate of our project. Ultimately same happened to our project. The guesthouse is in crisis situation again. One week back Keshab had rejected 2-3 accomdation requests because all rooms were full. Now it is other way round, when we leave tomorrow more than 6-7 rooms in the guesthouse will be vacant. 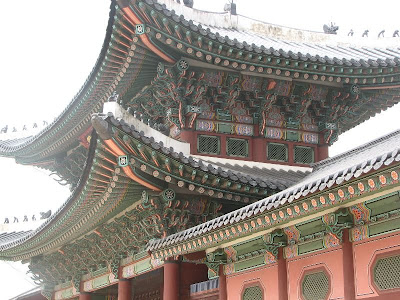 During my stay, I got the enough time to travel many places across Korea from Seoul to Busan. Of all the trips, one to Jinhae for cherry blossom festival was memorable as we were at right place at right time. Initially some historical places looked good, but later we got saturated with same old green painted wood architecture. The traveling across the country was not difficult because Korea in size is as good as Karnataka. Further the infrastructure is too good; there won’t be even a single taxing journey. I will remember KTX travel, my first super fast train journey for long time. 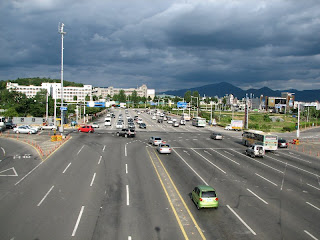 Continuing discussion about infrastructure, the Internet connection here is very reliable, best in the world according to some people. We downloaded so many stuffs and ran out of harddisk space in our laptop, for further download we had to buy an external hard disk. Coming to power infrastructure, there wasn’t even a single power cut when we stayed here, thanks 8 nuclear reactors. Even in a small city of Gumi there are so many flashy things, which have very high power consumption.

This entire good infrastructure may be built due to aid of US. Some people say Korea as an ‘adopted baby’ of US, supporting politically, financially and militarily, to have regional advantage. This has made Koreans to ‘copy paste’ US in many fields from sports(baseball, golf), expressway system to way of dressing. However there are exceptions in which Koreans are still different from US, one is food habit(which includes chopstick and kimchi) and other one is language. Only a small percentage of people in Korea can communicate in English. Usually foreigners have to use sign language instead of verbal communication. 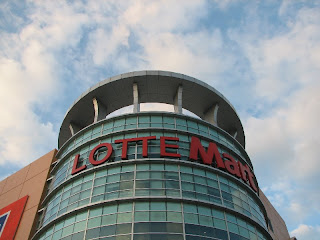 Shopping was also a good experience. We shopped(usually window shopoing) at many places such as Lotte Mart, E-Mart, dedicated markets such as Dongdaemun and Yongsan, traditional market such Namdaemun and Seoman. Calculator was extensively by shopkeepers to show prices. For us it helped us to cross check by converting the value into Indian Rupees.

One more feature of the stay was foreigner treatment for first time. Wherever we used to go out there was high possibility of weird curious glance. But there wasn’t even a racist remark at any place. Sometimes we were center of attraction which hardly possible for me in India. In office we used to have lunch at special table on which a plate was kept ‘for foreigners’. Last week there was a visit of school students to Samsung campus. Each student in cafeteria was coming towards us and was having a curious glance at the stuffs we were eating.

Sharing all these experiences here in my blog posting more than 15 times. This increased the visitor count and also the page rank of my blog, which was zero when I came to Gumi, but at present it is two. If one searches ‘India Guest House Gumi’ the first search result will be my blog. 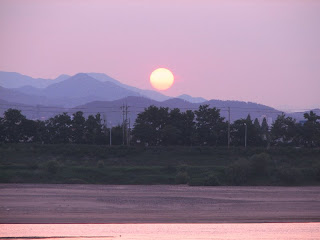 To conclude I have to just leave disappointment in korea ... it’s a part parcel of today’s industry. I have learnt many things both personally and professionally during my stay and definitely it will be helpful to me in future endeavours. In India I will be missing so many things good infrastructure and people like ‘Samonim(madam)’, Keshab, Sean, ‘Babaji’, ‘Bakiri’, ‘Gogo Baba’, ‘Judwa Behne of cafeteria’.