As I had posted earlier that I stayed at Suite-MDB hotel for most part of my biz-trip at Paris. The major feature of the accommodation was attached kitchen and the same facility was not there in Hyatt Regency. It had all the major stuffs from microwave to dish-washer. Also various other accessories like porcelain utensils, knife, spoon, fork were also there. 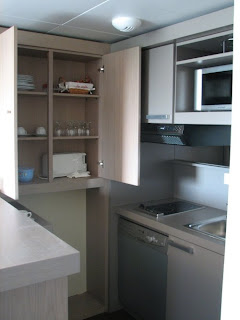 Hussu Mia - the saviour, who joined me after 2 weeks, on getting to know about the facilities brought almost all the food items from India. It was literally like he had shifted his house from Bangalore to Paris. 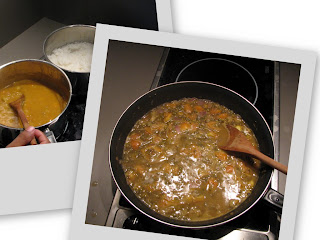 Hussu took the charge for preparing the food on first day. His preparation was decent enough but the ratio of water in rice was more. It was almost like ganji. Next day Hussu prepared his favorite recipe - Ghee rice. He has very much emotional attached to it, as the recipe taught by his wife.

Third day when Hussu thought of preparing ghee rice again, I protested saying that it would become monotonous, and took the charge. Starting off with sambhar rice, in subsequent days I prepared to yellow-dal, green-dal and moved on to some experimentation i.e. mixing green-dal with yellow-dal etc. 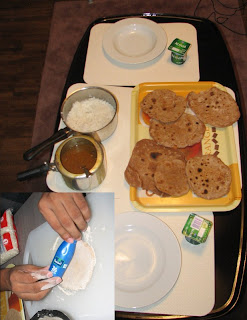 One day we prepared chappatis too ... with channa-masala. Well, we didn't had any belan to make chapptis .. then how did we managed it ?? ... simple with aid of a Parachute bottle. In fact it was Hussu's idea.
at Wednesday, May 14, 2008