Being out of town for one month will keep you completely out of touch with the local news. Well, that's what happened to me when I was in Paris for 28 days. Coincidentally I came back to Bangalore a day before the election day of Karnataka assembly.

Going to home from airport I expected the roads and lanes to completely decorated with party banners and flags like previous elections. Surprisingly no such things were there and I was not looking like as there is going to be elections tomorrow. Chatting about the same with taxi driver I got to know that there is strict regulation by Election Commission(EC) against use to banners. 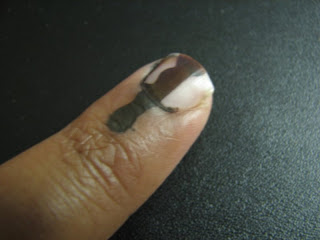 On May 10th morning I got up early and had to make decision about whom to vote? As this time I could not to any R-n-D about the candidates being out of Bangalore. My major aim was to vote against the incumbent MLA as he had wasted public money for unnecessary spendings. Therefore, I decided to vote based on the party and against the sitting MLA. I went to the polling station and looked up for my name in the voter list. Thankfully there were no discrepancies. I entered into the alloted polling booth and finished the formalities (getting ink mark on my left index finger). Then the polling officer ask me to proceed towards the EVM machine. Like an illiterate I just saw the party on pressed the button next to it.

On the same evening my uncle called up for asking about my 28 day trip. Then the discussion came to the candidate I voted. My reply was some ... party candidate. "Oh that person" was the reply from my uncle. According to him he is vary good person and favorite to win this time. It was a big relief for me, voting like an illiterate I didn't vote to a wrong candidate.
at Saturday, May 10, 2008