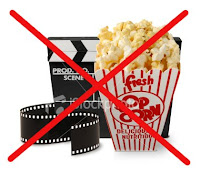 Well, I can't really say this as an exile, but nowadays I am not writing much about movies in my blog. This was pointed out by my friend Seena. Till last December I used to watch most awaited movies in first weekend itself and blog about the same immediately. Now, it's not so regular. In fact the last Hindi movie I saw in theater was 5 months back. I have seen some movies here and there but somehow I couldn't get my thoughts coherent and was not able to post in my blog.

Movies which I have seen and didn't my view in the blog:

Taare Zaamen Par:
One of breakthrough movies of Bollywood and directed by Aamir Khan. The movie handled one of the sensitive subject - dyslexia. I had a few thoughts after seeing the movie, was looking forward to post about directorial acumen of Aamir Khan and some other stuffs I liked in the movie. But something happened after I came back, some of my thoughts got flushed and later didn't get time to recall them.

Aa Dinagalu:
This kannada movie rated one of the best in recent times. The movie was critically acclaimed for its distinct narrative and hence found the place in 10 best movies of 2007, a list compiled by magazine 'The Week'. Myself and Harsha were looking forward to see the movie in theatres. It ran in PVR for more than 100 days. But the week we decided to see the movie, it was out of PVR! That weekend the movie was running only in one theatre in Bangalore - Pushpanjali theatre near Bashveshwarnagar . Reaching to the theatre itself was a big adventure, as the approach roads were in some horrible conditions. It brought down our and further came down by seeing condition of the theater. The movie was decent and simple, but seeing it after reading/hearing many rave reviews, we couldn't really appreciate the content. And hence I didn't blogged about the movie.

Race:
Honestly speaking I don't remember what was the exact story of the movie. There were so many twist and turns. The movie shot in good locations and had typical Abbas Mustan masalas. But the most irritating element of the movie was Anil Kapoor. At regular intervals he used to appear and eat a different fruit - Apple, Strawberry, Banana etc. The other irritating element was songs. Most of them were out of location and were not part of the narrative. One of the song is introduced like this. Katrina Kaif narrates a flashback "I went to Capetown", pause, a song comes, then the flashback resumes. Overall a watchable movie, but it movie could have better without unnecessary songs.

The Dark Knight:
The critically acclaimed movie is rated as best of 2008. I saw the movie with Tassa when I was in Mumbai last month. The experience seeing a movie in Mumbai was different one. There in theatres before the start of every show national anthem is played. Regarding the movie, I am really surprised that the movie is received so well by many people. Even one of the harshest critic in India - Great bong has given thumbs up to the movie. The major plus point of the movie is its villain Joker. The character has been described as one of the most cunning villains in history of Superhero movies. For each act and dialogue of Joker audience were clapping in the theatre. The title of the movie should have been 'Joker'. Other noticeable good thing about the movie was that there were not any exaggerated special effects, may be the major reasons for the movie to get good reviews.

Others:
There were some other famous movies in last six months. Having BSNL unlimited connection at home, I downloaded Jodha Akbhar, Sarkar Raj thru torrents. But as of now, I have seen only a few minutes of the movie, no patience to continue since the experience of big screen and movie hall can't be reproduced at home.
at Thursday, August 14, 2008