Technology: Where are we heading to? 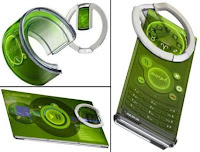 The technology discussion in Ctrl-Esc-Boys group continued. The below discussion is continuation of the stuffs mentioned in Have peaked out technologically ?.

Ritesh asks:
And what are the rest doing ? pour in your two cents.. the question still is : "Where are we heading to ?"

Naveen's(Thode) Response:
Rohith's Response
Yeah Naveen! I Agree. So, I correct my statement: "a newer technology may not always translate into new business" :-)

My Response:
Nice points Rohith. Here a few additions to your points
at Wednesday, August 06, 2008