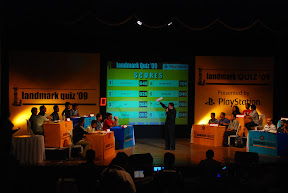 The first edition of Landmark Quiz Mumbai was held on May 1st 2009 at St. Andrew's Auditorium - Bandra. The quizmaster of the show was Navin Jayakumar. The quiz started off with preliminary round of 40 questions. For the final round out of 164 teams, eight teams were shortlisted . The winners of the quiz were the team by name -"Swami and friends". Overall the quiz was good but unfortunately there were minor goof ups and also there were some boring moments also. 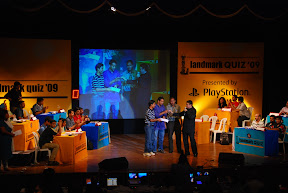 Questions:
[ I have noted that most of the questions .. will update here after composing it properly].
at Saturday, May 09, 2009