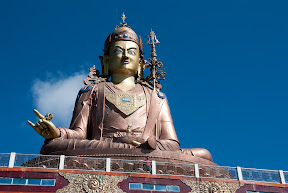 After North Sikkim Trip it was time to venture into Southern side of the state. We had thoughts of getting there directly from North, but due to weird topography of the state we were forced to travel via Gangtok(East Sikkim). Also, we finished our pending visit to Rumtek Monastery which was on the way to Ravangala, our first destination in South Sikkim. 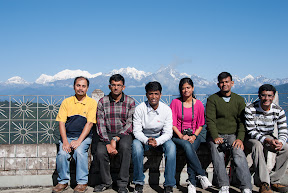 The start up of this phase of the trip was not that smooth. When we were at dedicated South Sikkim Taxi stand, the driver of the jeep was absconding due to some miscommunication with owners of Lama tours-n-travel. The 1.5 hrs wait turned out to be most unproductive part of entire trip. The driver who infact was from yo-generation and had loads of attitude. He was totally pissed off when we spent more than 3 hours at Rumtek monastery and threatened to drop us back to Gangtok instead of Ravangala. We somehow managed to cool him down by making a few phone calls to the owner of Lama tours-n-travel. After a decently long journey we arrived in Ravangala very late in evening. The Ravangla town was essentially a single road with hotels, a few shops on either side. We had to do some amount of brainstorming in deciding the accommodation as most of hotels were offering good deals due to fast approaching off- season(diwali). 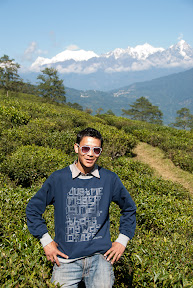 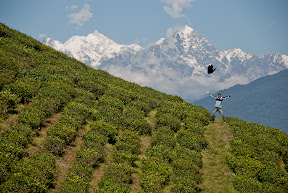 Next place was Temi Tea garden. Initially we thought it will be some boring place. But the landscape there was picture perfect. Sloping tea estate in the center, valleys in the background, snow clad Kachenjunga with other neighboring peaks on the left and beautiful pink cherry trees on the right. A group like us dominated with photography enthusiasts spent almost 2 hours at this place. Our driver Tenzing was very considerate and didn't force us leave the place early. 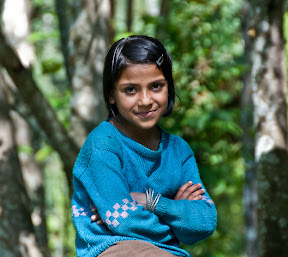 Rock Garden and Sandruptse
Next in South Sikkim, we visited rock garden at Namchi. Frankly speaking there was nothing spectacular about the garden  which was constructed on side of a hill and one has to descend thru a hairpin path. There was some relief at rock bottom of rock garden where came across a group who were of children who were enjoying their diwali vacation. One of among of them was simply exceptional in facing the camera.

The disappointing visit of rock garden, was followed with a visit to statue of Padmasambhava at Sandruptse, a gigantic statue with a fiery face. Later on we had a stopover for lunch at Namchi at Hotel Kanchenjunga view. The ambiance of the hotel was decent  but unfortunately service was pathetic.  They took 10 minutes for giving us menu card and the turnaround for our order was more than one hour!

After lunch we headed to Pelling(West Sikkim) via Geyzing to conclude our South Sikkim trip.
at Wednesday, May 18, 2011