Time 4.45 am, we got up with a loud beep of alarms set in our mobiles. The agenda for the morning was pre-decided before sleeping on previous day i.e to shoot orange sunlight falling on the tip of Mt. Kachenjunga. The ritual was religiously followed for 2 days of our stay at Pelling (West Sikkim), the place well regarded for providing the best view Mt. Kanchenjunga from comfort of hotels.

Highlights:
After conclusion of short South Sikkim trip and while doing accomodation hunting at Pelling, we ensured that the hotel provides a decent view of Kanchenjunga. Norbu Ghang hotel at Upper Pelling was perfect fit for our requirements, the tariffs were affordable and dedicated balcony for viewing, capturing Kanchenjunga. Also, sipping morning tea served by hotel staff while witnessing the orange paint on the peak was an experience-to-cherish. 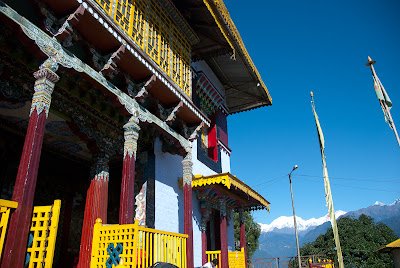 Our West Sikkim sightseeing started with a visit to Pemayangtse Monastery, one of premier monasteries of Sikkim. The major significance of the monastery was fierce looking statues depicting eight incarnations of Padmasambhava, placed at level-1 of prayer hall. 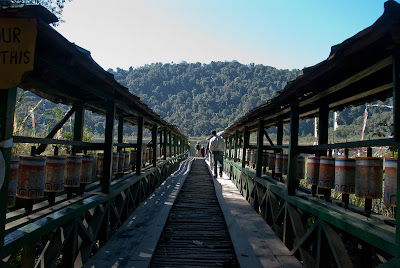 Khecheopalri pronounced as catch-o-perry is one of sacred lakes of Sikkim. And it's believed that serenity of the lake is maintained by birds around the region who voluntarily remove any floating leaf on the surface.   The prayers along the jetty of the lake adds to sacredness of the place. 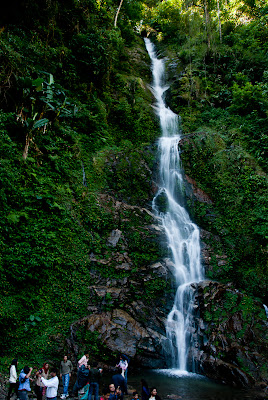 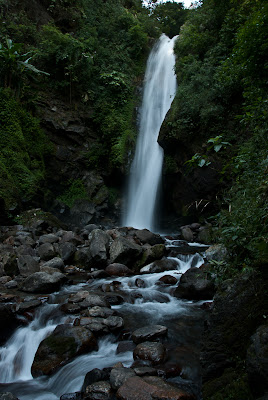 We added to our tally of waterfall overdose with a visit to Rimbi Falls and Kanchenjunga Falls. The latter one is created through downstream of Khecheopalri lake. 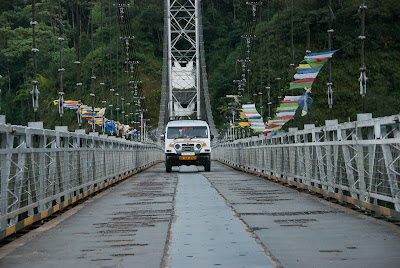 The last major sight of the day was Singshore Bridge which is second highest suspension bridge in asia. A chill down your spine is ensured when look down from center of the bridge. 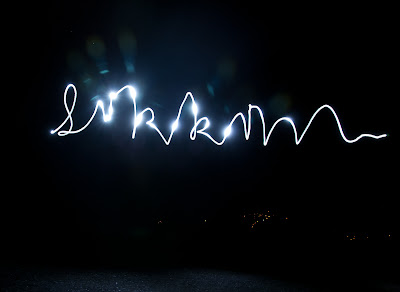 The sightseeing was concluded with a visit to helipad of Pelling. It's an ideal place view Mt. Kanchenjunga at night time on a full moon day, but unfortunately we were there on a new moon day ! However we made use of our visit by experimenting with light painting and witnessing night illuminations of nearby towns Geyzing, Namchi, Ravangala and also decently lit Darjeeing at far away distance.

Around the dinner time we witnessed peaceful diwali celebrations on the streets of Pelling which was mostly dominated with Nepali song-n-dance. Next day morning we started our return journey by taking Sikkim Transport Bus to Siliguri.
at Sunday, May 22, 2011