Happy New Year to all of you ! 2011 was a very significant year for me with respect travel and photography. Two of my long awaited trips i.e. to Hampi and Ladakh materialized and other major trip was an experimental weekend trip to Sri Lanka. Other major update was getting Bangalore Photowalk group back on track with my friends. The group is rocking with regular photowalk activities and has come with an awesome 2012 calendar which members of the group will be cherishing for 366 days.


Since I didn't do much of blogging  instead of linking best post I am sharing a few of my best pictures. Next is buddhist structure at Thiksey Monastery Ladakh. This pic has featured in one of table calendars of 2012. One more from Ladakh, pic from an unnamed location The portrait of the year goes to Angmo, lady who serves dal-chawal at an eat-out in Khardung, 25kms from world's highest motorable road 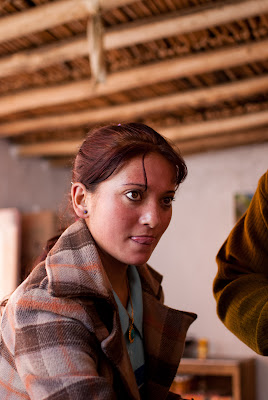 Also, I added a macro lens to my equipment list and this was my very first attempt of capturing macro of water lily. Now, it's 2012 and hoping it to more fruitful year with more traveling and capturing better photographs.
at Sunday, January 01, 2012