Ladakh: Leh and Around

This is a photo-essay from part of my memorable trip to Ladakh last year. Also read about summary about trip at Ladakh Trip: Summary and Retrospect

Places Covered which we covered in Leh and around 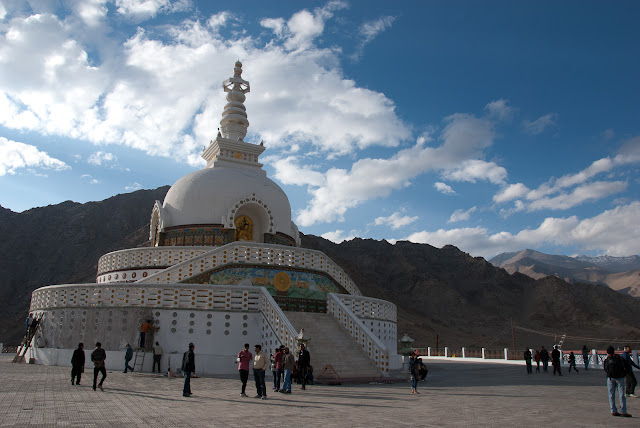 Shanti Stupa is a domed shaped Buddhist structure constructed by Japanese which holds relics of Buddha at its base. Other than religious things the place is must visit for witnessing panoramic view of Leh 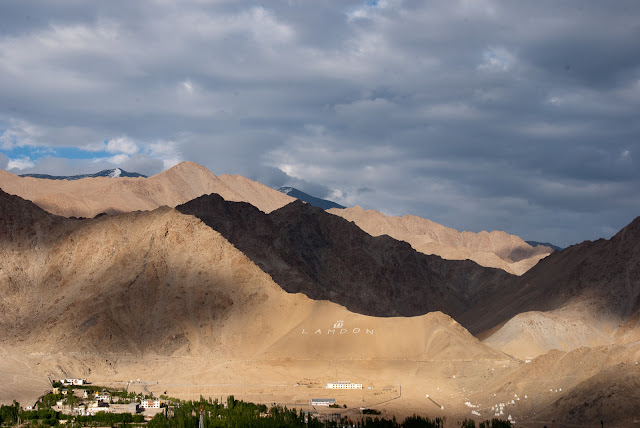 Beautiful landscape as scene from Shanti Stupa. We were lucky to witness very dynamic weather comprising haze, drizzle, rainbow and sunshine within span for 1.5 hrs ! 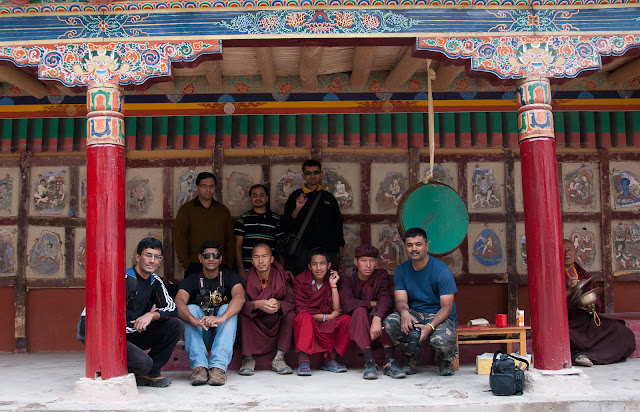 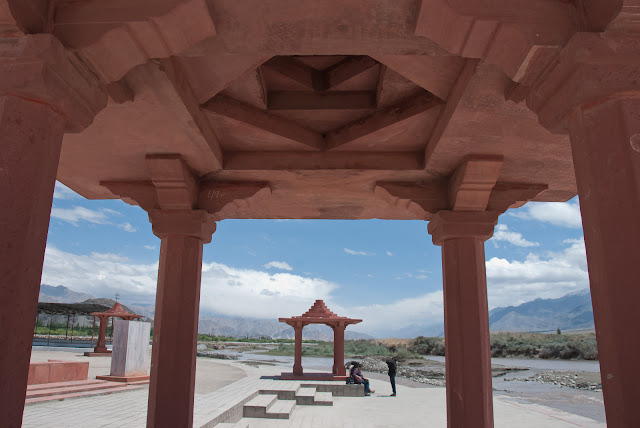 Sindhu Ghat: On the banks of river Indus and one of the rare Hindu structure we came across in Ladakh.The site was inaugrated by Shri. Atal Behari Vajpayee in 2001. The place is in between Hemis and Leh. 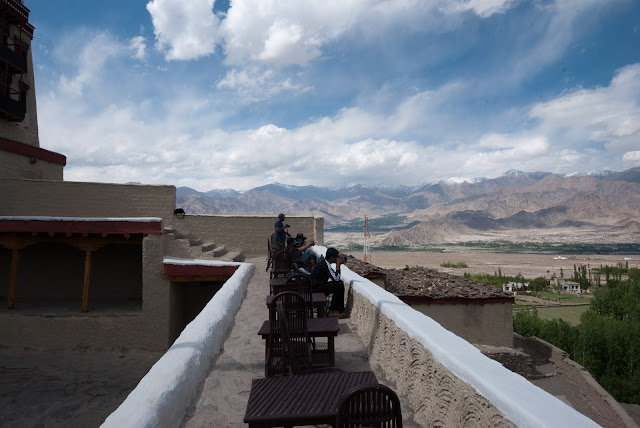 View of Indus Valley from Stok Palace. The place is bit de-tour from Leh-Hemis road. 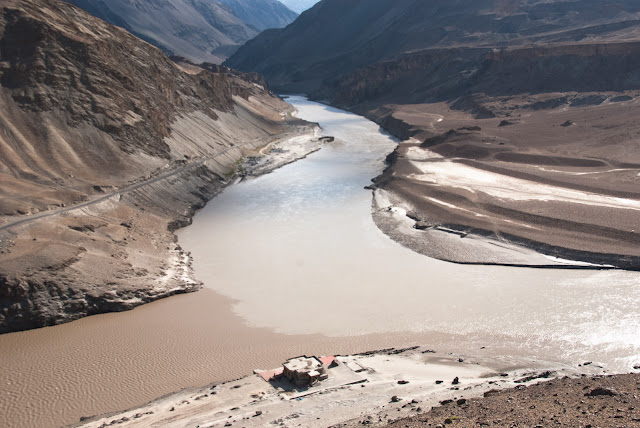 Confluence of River Indus(Sindhu) and Zanskar which besides Leh-Srinagar highway. After a few kms from this confluence the river enters into PoK. Zanskar river will be completely frozen in winters and a few adventurous people trek on the frozen river in Jan-Feb every year. The trek is popularly known as 'Chadar Trek'. 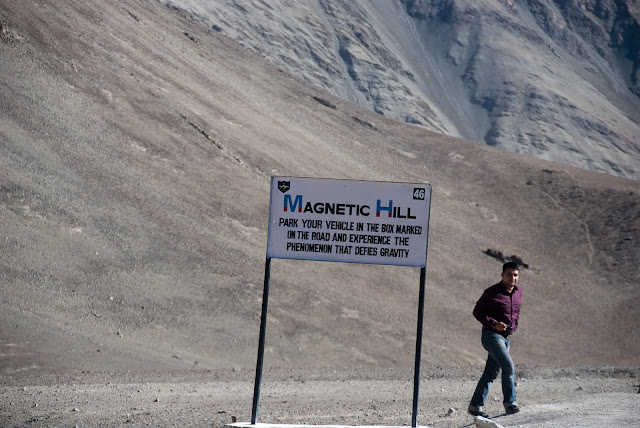 One of the miracle spots in Ladakh. The magnetic effect is so strong that it pulls a four wheeler against a downward slope ! 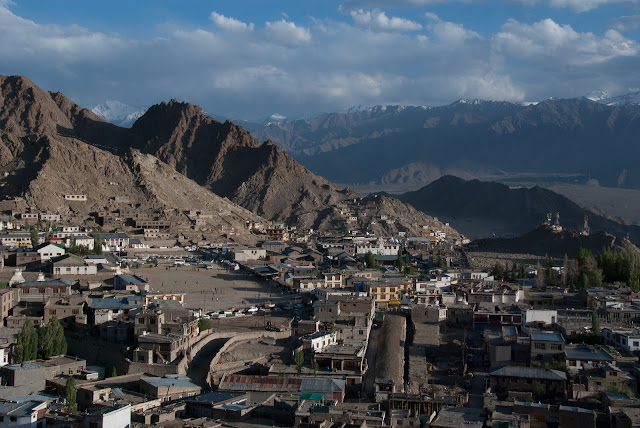 View from Leh Palace. The big ground in frame is the ground where they play Polo in Leh.
at Thursday, March 29, 2012