For long time there was demand in our Bangalore Photowalk group to organize a photowalk outside Bangalore city. After sufficient brainstorming we decided to start our initiative with a photowalk in Mysore City. In order to make the experience different from typical college/family trips, we decided to conduct the walk in association with Royal Mysore Walks. 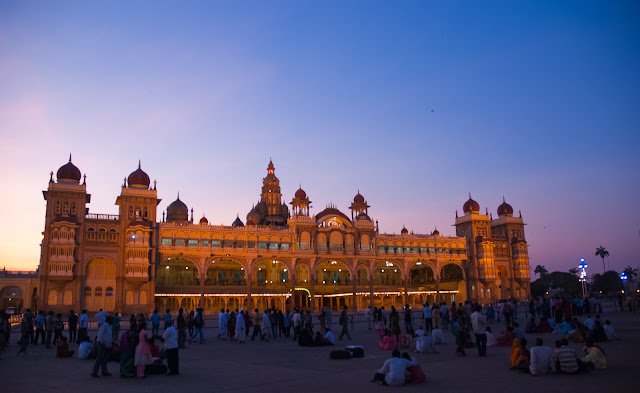 With several email exchanges and phones calls with Vinay P (founder of Royal Mysore Walks) we planned to have the walk on 26th Feb 2012. For onwards journey from Bangalore we opted for Shatabdhi express which takes only 2 hours for getting to Mysore. And for the return journey we took Kaveri express which departs from Mysore city at 8.30 pm. Our actual photowalk was scheduled from 4.00 pm to 7.30 pm. 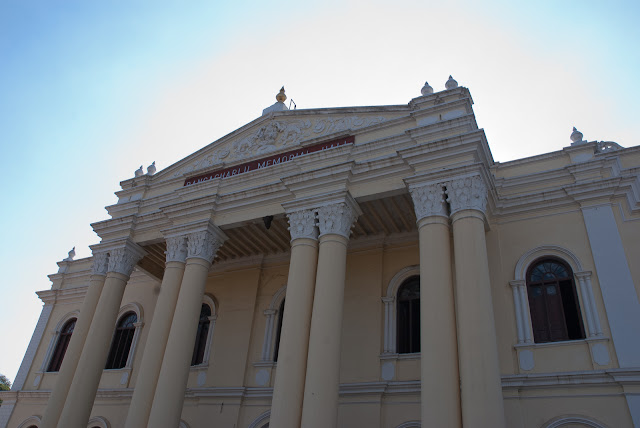 The starting point of the walk was historic town hall building which has been epicenter of all city planning activities in Royal Era. The building was inaugurated on 1st April 1884 ! may be fool's day was not in practice in those times :) 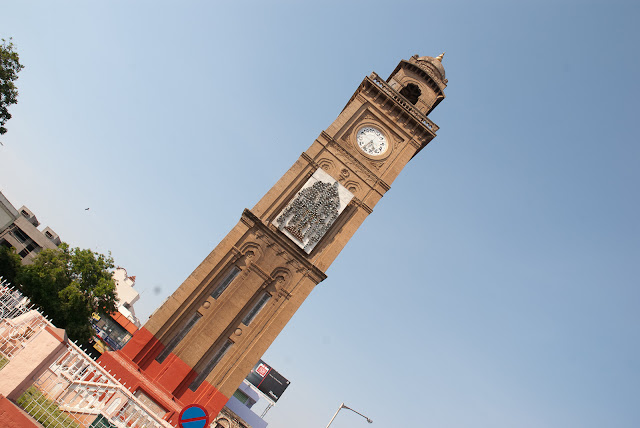 Clock tower(Dodda Gadiyara) is combination of three styles of architecture (Hindu, Islamic and European). The clock is still maintained by an official time keeper of Mysore who tunes the clock daily by entering in to the tower. 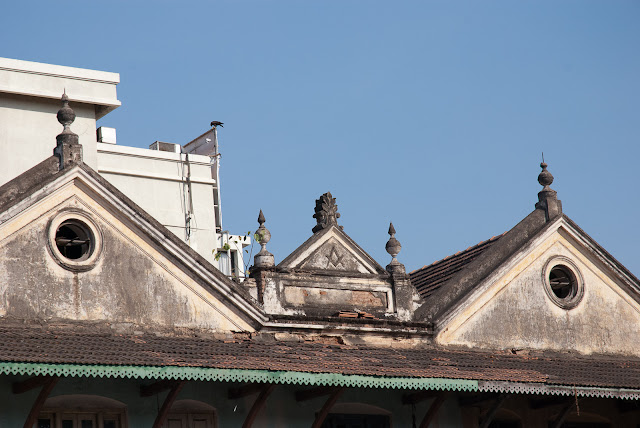 The Secret Society which was mentioned in Da Vinci Code book has its presence in Mysore. Its buidling structure older than the Mysore Palace and interestingly the society is active till today ! 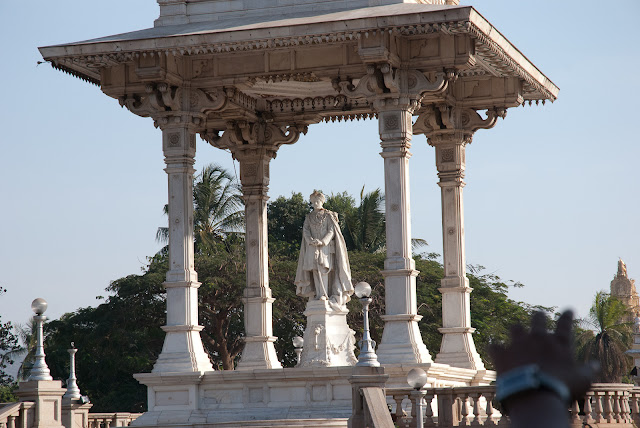 Statue of Chamraja Wodeyar: Head of the statue is very different from rest of the body. When the statue was in making, the king expired  and after the completion his windowed queen didn't like its face. So the head redone by chopping off the old one and hence the difference is very evident ! 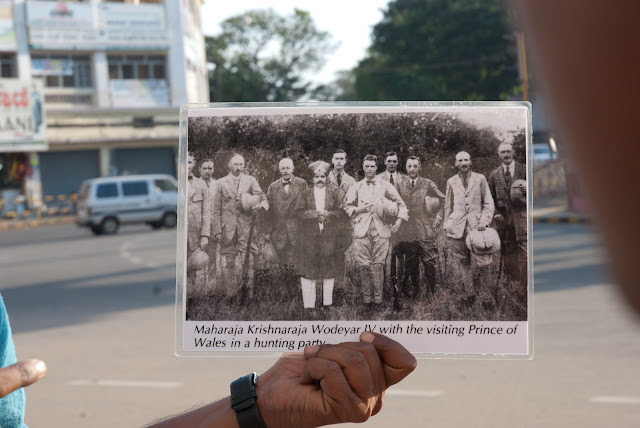 Nalwadi Krishnaraja Wodeyar: His era is often called Golden era of Mysore. He was second richest Indian in his times and the richest to step foot outside India. After his endeavor in England, he traveled by plane from London to Berlin to witness Olympics games. The flight bound to Berlin had 13 people on board and the 13th person was statue of goddess Chamundeswari ! 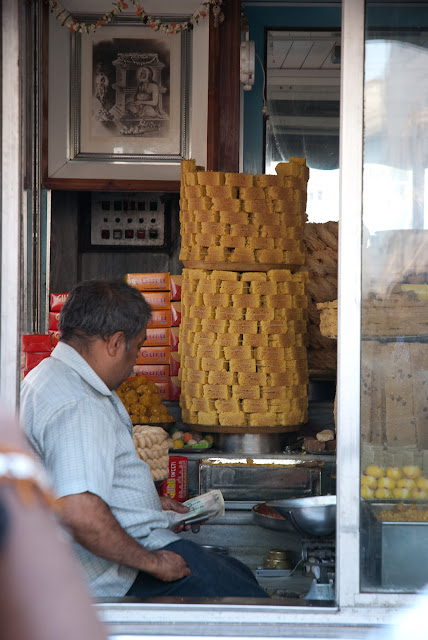 Guru Sweets: The place where Mysore Pak was invented. 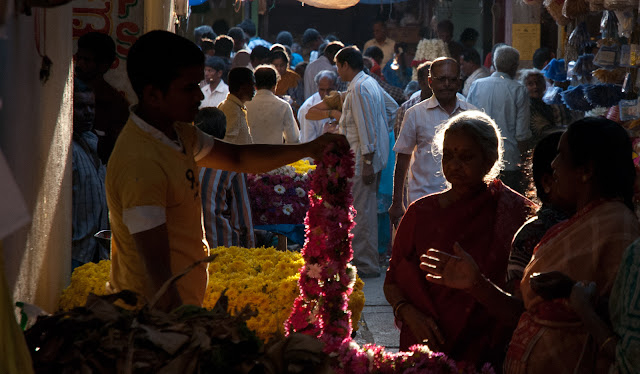 Devaraja Market: Old and traditional market of Mysore which has dedicated lanes for different kinds of fresh product. This market was the inspiration for RK Laxman's cartoon character - The Common Man.

Amba Vilas Palace: The lighting of the palace at 7 pm is an amusing spectacle to witness. 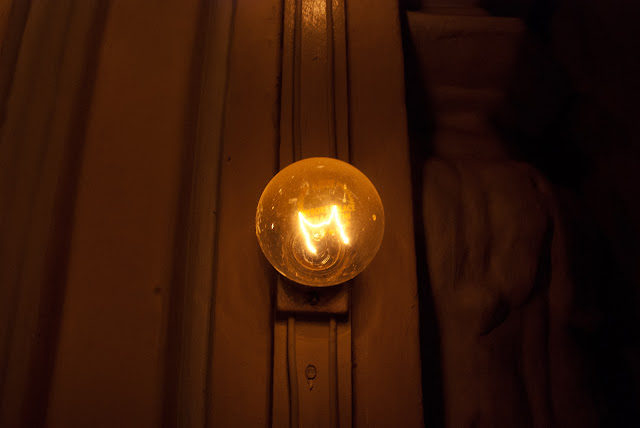 'M' for Mysore: The story behind the illumination plan of the palace is also interesting. All the 97000 bulbs are customized and in order to prevent its theft all of them have screw based holders instead of typical hooked based holder. The filament of bulb is customized in the shape of letter 'M'.

GPS Trail of the walk:
I have recorded the entire walk of the walk using my Holux GPS Logger. Here's the illustration created using GPS Everytrail.