After overnight stay at Merak in Pangong Lake we continued our road trip towards Tso Moriri. Typically, people get back to Leh from Pangong and then proceeds towards Tso Moriri but we decided take an offbeat way and ended up saving one day. One of the highlight of offbeat track was the famous Rezang La Memorial. 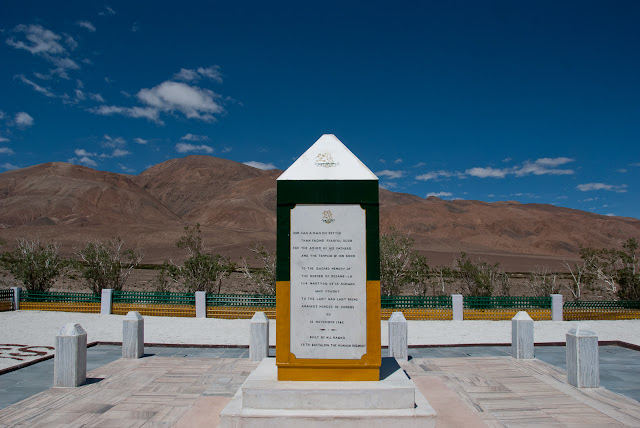 The journey towards Tso Moriri started on unasphalted roads and after a few kms you encounter a board "Rezang La Memorial, 13 Kumoan". With our usual instinct we took out cameras and started shooting in burst mode. To our surprise, Rigzin our driver-cum-guide brought the vehicle to screeching halt and said that we should definite spend five minutes at the place. 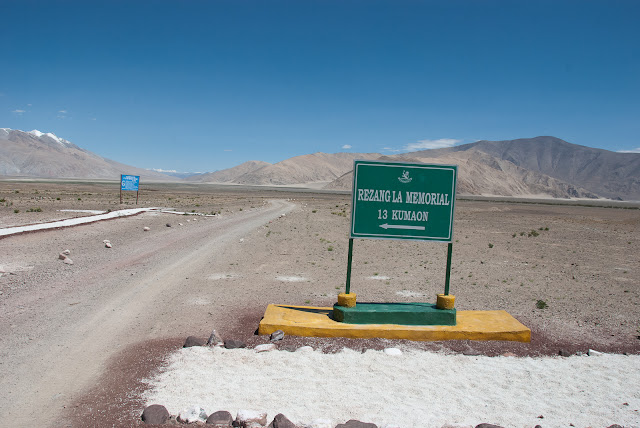 The fenced memorial is a recognition for sacrifice of 114 soldiers who were posted at '13 Kumoan', during 1962 China War. Under the leadership of Major Shaitan Singh they chose to face the enemy instead of retreating. We were lucky enough here the entire story from an ex-army man. 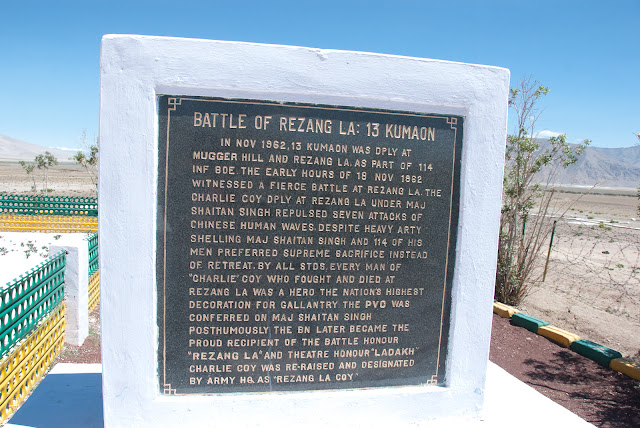 The location is very close to Line of Actual Control between India and China. One can find camps of Chinese Army across the mountain facing the memorial. 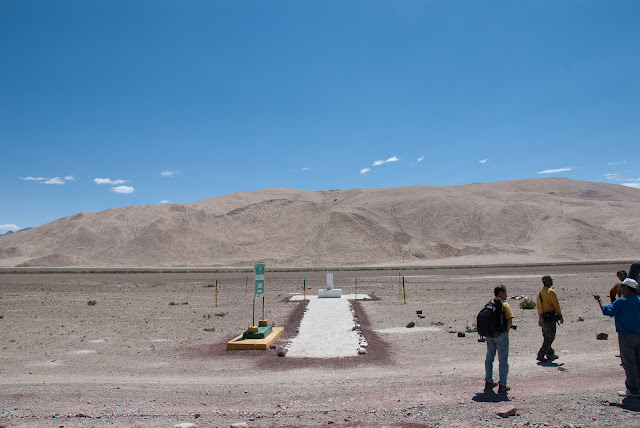