The geeky Chatur realises that he has won the battle but lost the war when he gets a phone call over Airtel network from Fungsuk Wangadu (Rancho). It was a perfect climax for an entertaining movie with picturesque Pangong Lake as backdrop. The scene has made the location in wishlist of all bollywood movie buffs and since then the lake is popularly known as '3 idiots' lake. 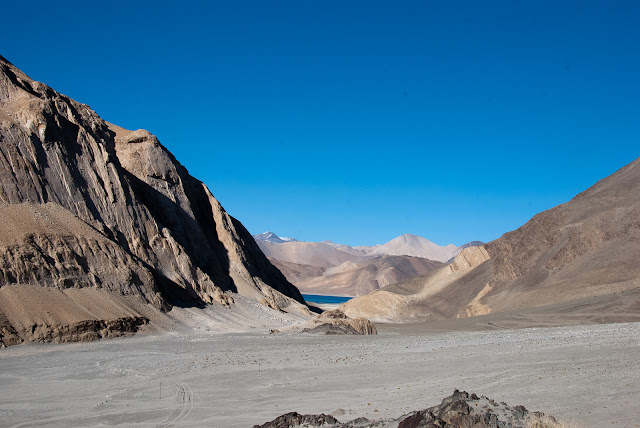 Getting from Leh to Pangong turned out to be day-long journey. After completing our sightseeing in around Leh, Nubra Valley, we started towards the lake late in morning with a stopover at Thiksey Monastery. Then on the way to our destination we ascended Chang La and more stunning landscape on other side of the pass. But the quest for getting the view of '3 idiots' was constantly iterating in our minds. We used to have brief stopovers here-n-there, but getting to Pangong Lake at golden hours was our top priority.

After passing through several curves, bends, uphills, downhills and funny road signs we got the first glimpse of bluish waterbody with brown landscape in foreground as well as background.

The view got better and better as we approached the banks of the lake. As we got down form our Scorpio there was nothing stopping us from just clicking-n-capturing the 360 degree view of the place which made us feel being on a different planet ! 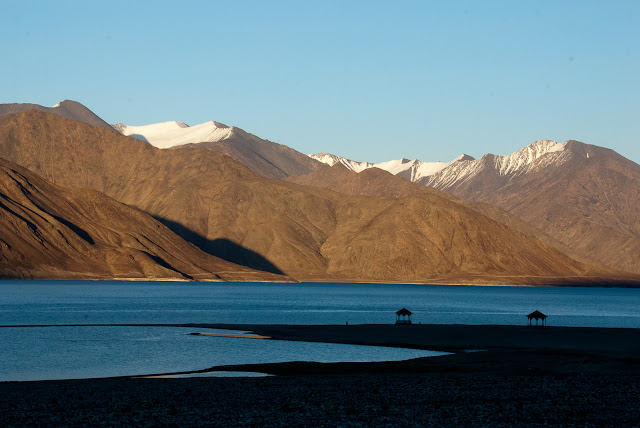 As the daylight started to fade-out we got into our vehicle and moved along banks of the lake towards Merak village where we had planned to stay overnight in a home-stay. The high-altitude sickness after being absent for whole day reappeared again. After getting inside the home-stay, I just lied down flat when others were busy shooting the star trails. 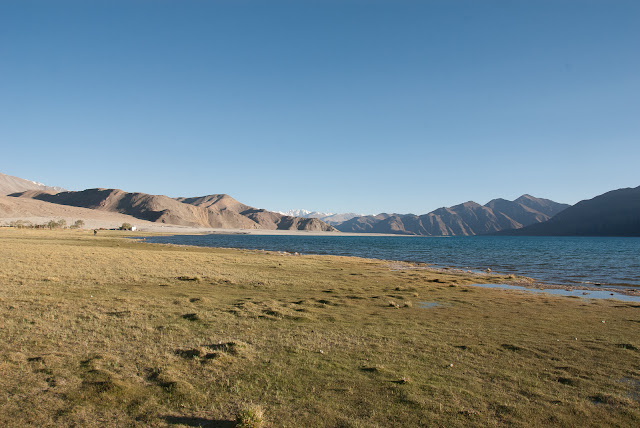 After sufficient overnight rest, next day in morning my body back in equilibrium and had sufficient energy to have a stroll around the Merak village. Apart from us there were no humans actively moving around the place. The only sound on our ears was the salty water of the lake splashing the banks. 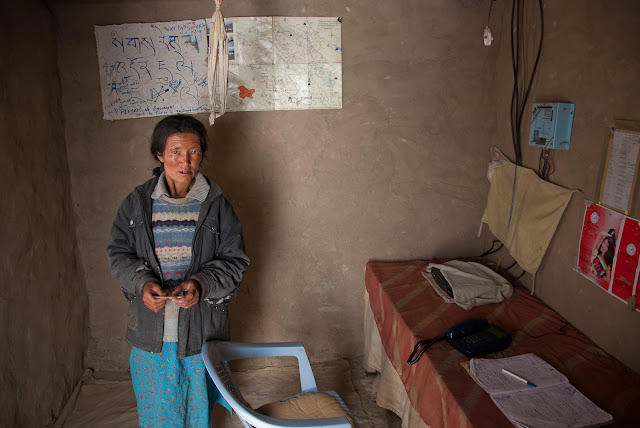 Then it was time to call our family back in Bangalore. In contrast to what was shown in '3 idiots' lake there was not even single trace of any mobile signal several kms around the lake. There was only one telephone in the village which connected to rest of world through a satellite dish. The connectivity and equipment was provided by BSNL,  power by Tata BP Solar.

After our breakfast at our homestay we started our journey towards Tsomori Lake. Typically, tourist return back to Leh from Pangong and reach Tso Moriri through a seperate route. We opted for the road less taken which was not in great condition but end-of-the-day we saved one-day of our trip by traveling to Tso Moriri directly from Pangong.
at Saturday, April 21, 2012