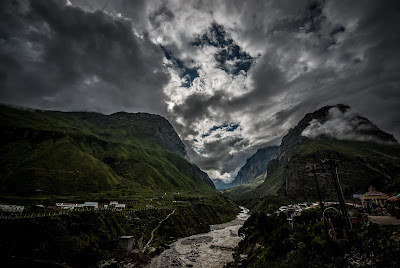 It's famously known as the last Indian village. Before getting there, through my limited imagination I had thought it would be a small village and right next to it there will be an International border. And one can say get a glimpse of face-to-face positioning of Indian and Chinese Army. 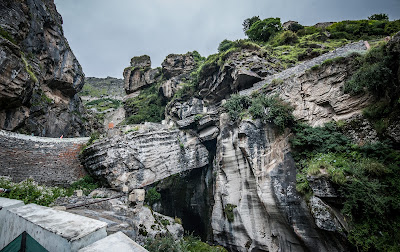 In reality, it turned out to be a small village with loads of mythological significance and 50 kms away from the international border. It's believed that Pandavas had passed through Mana when they on thier journey to heaven. There's a famous stone bridge created by Bheem (stronger among the Pandavas), aptly name Bheem Pul. 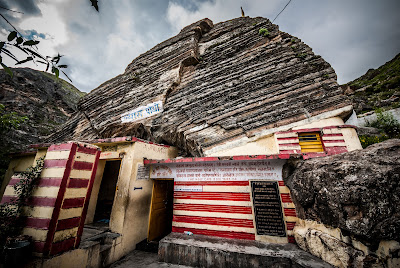 One of the interesting things is Veda Vyasa's cave which is around 5000 years old. Vyasa Maharishis had formulated to divide vedas into four parts, decided to write Mahabharata and also scripted Bhagavath geeta at the same place. Whereas, he had narrated Mahabharata to Lord Ganesha at a close-by cave known by name Ganesh gufa. 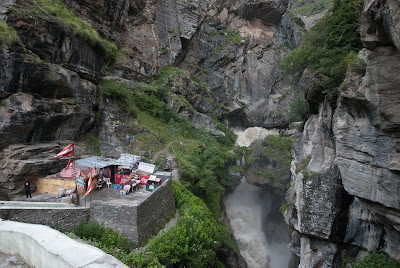 Water gushing out from the origin of the river Saraswati is an interesting site. The short and swift river joins Alaknanda river at a confluence(sangam) a few hundred meters ahead. 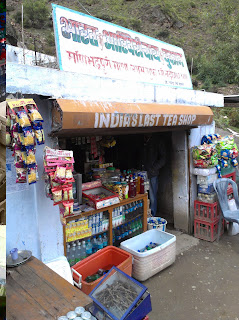 Apart from all mythological stuffs, don't miss out on having a cup of tea at a shop famously known as "India's Last Tea Shop".
at Sunday, December 02, 2012