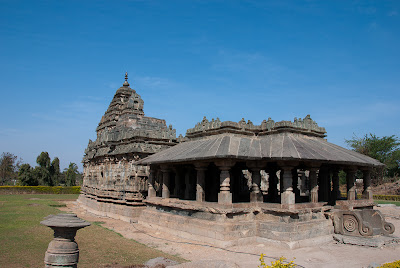 Lakkundi is a small hamlet, at a distance of 11 km from Gadag, next to NH-63 towards Hospet(Hampi). The place is famous for numerous architecturally rich temples constructed during the era of Chalukyas of Kalyani and Hoysalas. Last weekend, when I was in Gadag for a family function, took some time off to visit this place.

In our brief visit, we managed to cover four temples – Brahma Jainalaya, Kasivisveshwara Temple, Manikeshwara temple, Doddabassappa temple out of 20+ temples in the village. The evolution of architecture is evident from the fact that sculptors have experimented with different designs and carvings in each temple. 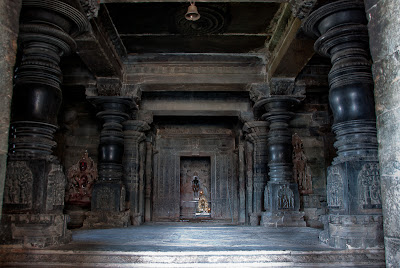 The temple is essentially a Jain Basadi. It was constructed in the year 1007 A.D. during the reign of the Kalyana Chalukya ruler Irivabedanga Satyashraya (source: ASI board in front of the temple). The garbagudi of the Jinalaya has ornate pillars on either side. There’s idol of Mahavira in center, idol of Padmavathi in left and Parshavnatha in right.
Kasivishveshwara Temple
From the perspective of architecture, Kashiviveshwara temple is most superior in Lakkundi. Special attention has been given to mouldings, arches and other details on the tower, and decorations on door jambs and lintels. (source: wikipedia) 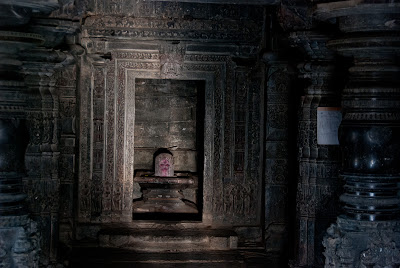 Shiva Idol at Kasiviveshwara temple. It was almost dark inside any guesses how we got so much light to see the idol ? 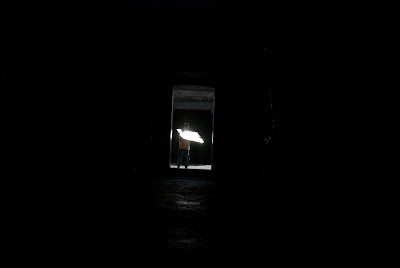 Well, it’s a reflection from a sheet of metal holded by a little boy. Infact, he was supposed to be our guide for the temple. But his memorized knowledge about the temple was challenged by another visitor to the temple. Incidentally, he was bangalore based historian by name Mr. N. Suresh. 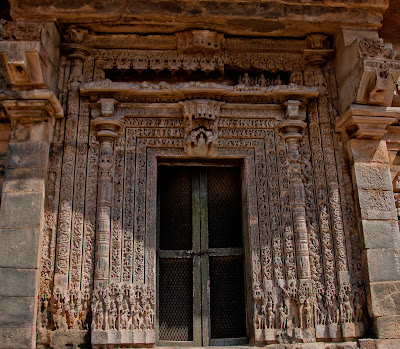 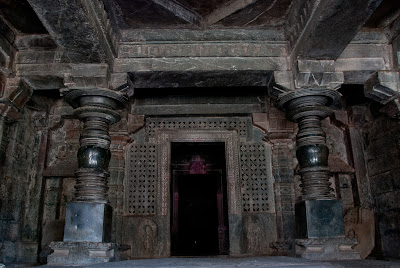 Interiors of Manikeshwara temple - The temple gets it’s name from the shining shiva idol ( not that evident in the pic embedded above). The unique architectural characteristic of the temple are pierced windows which are part of lintels and door jamb. 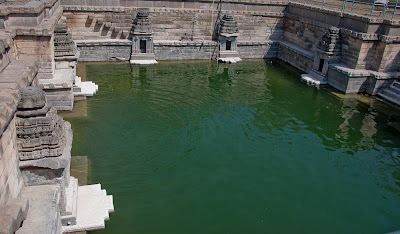 The temple complex has an unique artistically built stepped well with small temple inside the walls which once upon a time used to have shiva idols. People after taking a dip in the well used to worship these shiva idols. 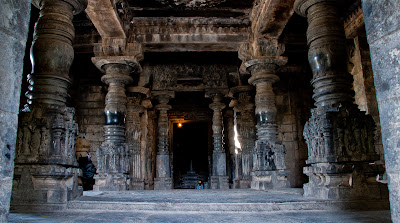 This temple also has ornate pillars like other temples of Lakkundi. But the unique thing were the two pillars in centre towards the shiva idol. According to Mr. Suresh, this style has influenced Somnath temple in Gujarat. Doddabasava(big nandi) statue at eastern doorway of the temple. The temple gets its name from the same statue.

Exploring with a Bangalore based Historian: 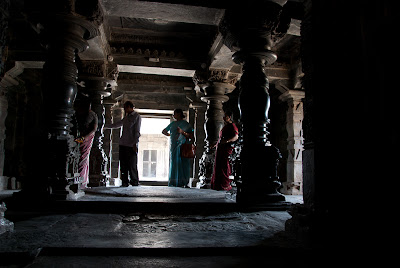 We were fortunate to have a company of a member of History Academy, Bangalore. We co-incidentally interacted with him at Kasiviveshwara temple and got a chance to explore subsequent temples with him. While doing exploration, he beautifully explained us some unique significance of each and every elements of a temple. It was very handy for us as the knowledge of so-called guides was very limited.