After crossing world's highest motorable road we entered into Nubra Valley which is popularly known as Grand Canyon of India. Due to its proximity to Line-of-Control with Pakistan, the area is very sensitive and for getting there tourists need to take permits in advance. The area also acts as a base to jawans going towards the Siachen Glacier which popularly known as world's highest battlefield ! 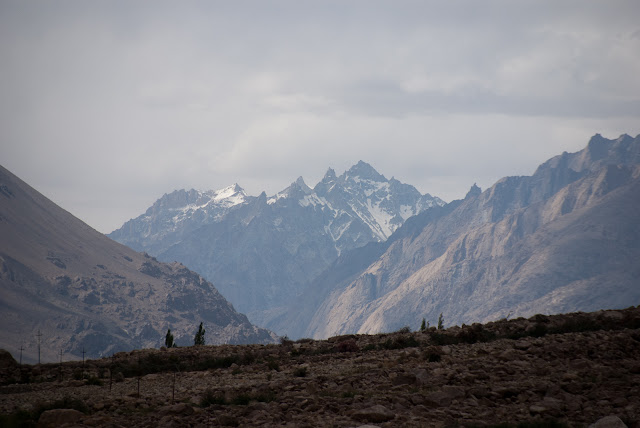 Our first destination in Nubra Valley was Panamik. It's the last place upto which civilians are allowed on the road towards Siachen Glacier. And on a clear day one can get a glimpse of world's highest battlefield from here. We were lucky to be with company of a person (Rigzin) who had actually stayed in Siachen and he narrated us a few tales from the place during his deputation. Panamik is also famous of hot springs, but they are not that impressive. 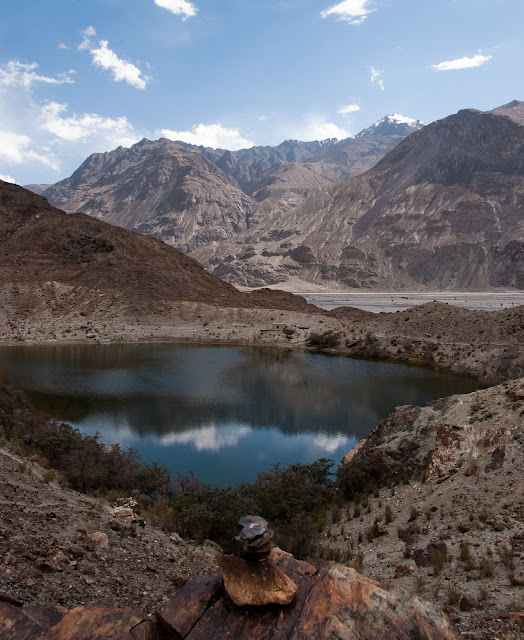 Our next destination was Yarab Tso, which is popularly known as hidden lake. One has to hike uphill on a hillock for 15 minutes getting to banks of the lake. 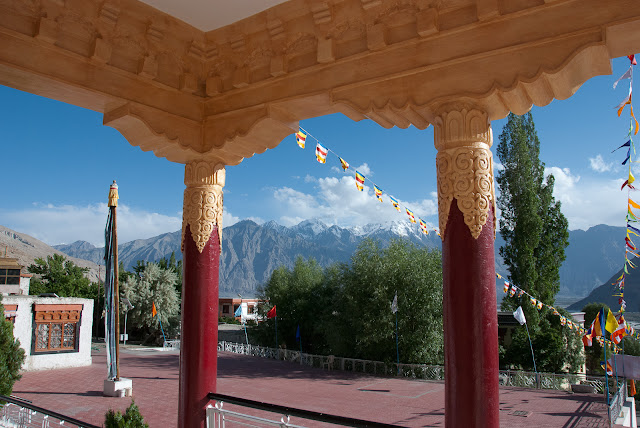 After visiting, Yarab Tso we had get on Shyok Valley to reaching Diskit. Before that we made a brief visit    Samstanling Monastery. It was just on-the-way visit. 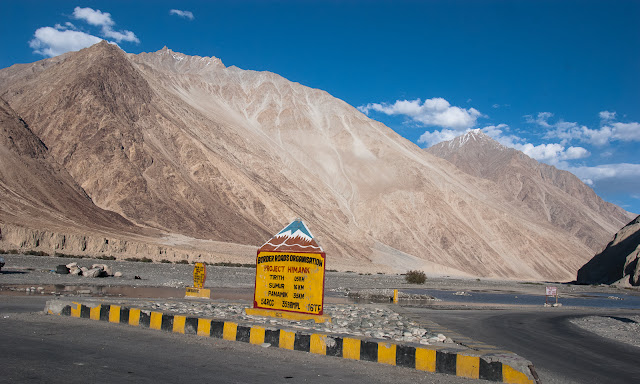 A junction close to Khalasar. One road goes towards Panamik and other towards Diskit. Not-to-metion amazing landscape in combination with BRO sign boards in foreground. 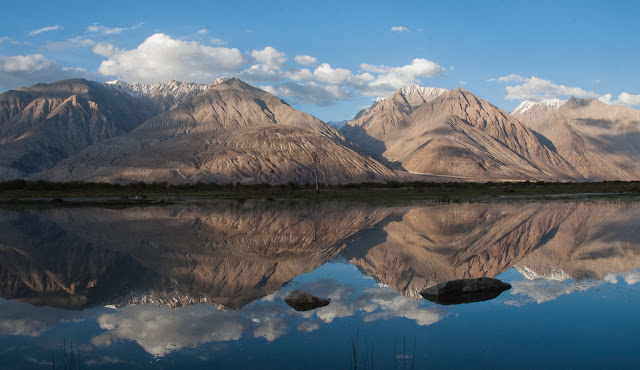 Unknown spot which we came across a few kms before Diskit. The reflection of brown mountains on overflown water from Shyok river turned out an amazing postcard of the trip. 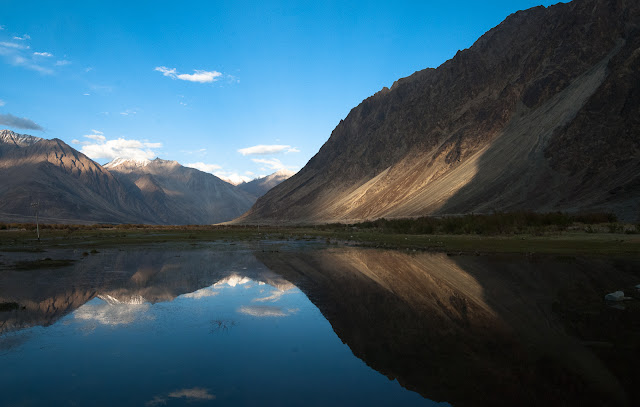 Another one from the unknown spot near Diskit. The photograph has earned different interpretations from different people. 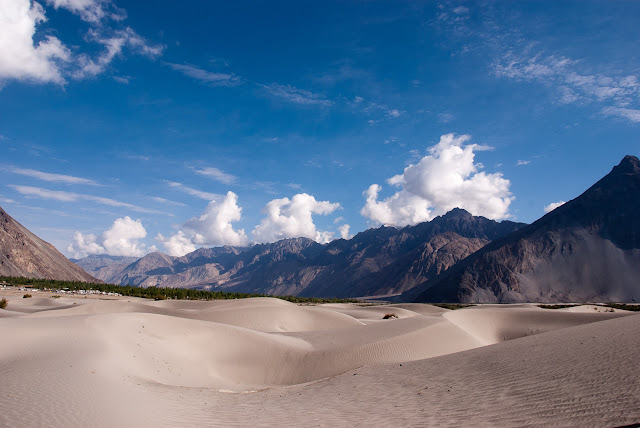 Hunder Sand Dunes, because of a few unique spots like this Ladakh is famously known as Deserts in the Skies. A few sequences of Mani Ratnam's movie Dil Se were picturised at the same place. 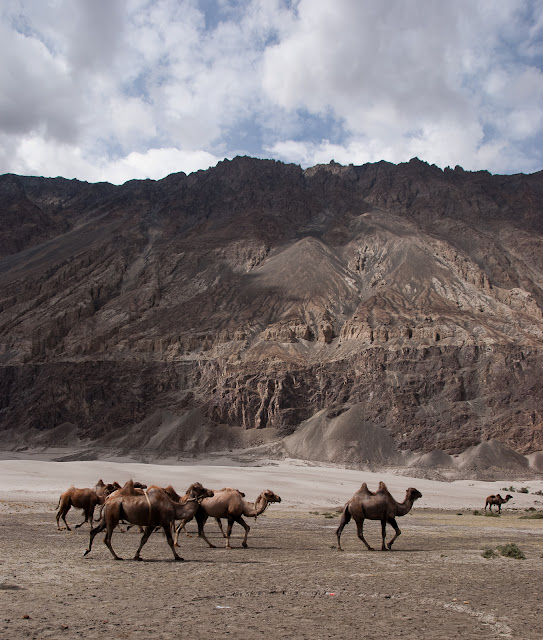